In conjunction with the 60th Merdeka celebration, Maybank Foundation, the Corporate Responsibility arm of Maybank today launched a solo art exhibition by local artist, Badruddin Syah Abdul Wahab at the Balai Seni Maybank. The art exhibition entitled, ‘EMANSIPASI’, aims to celebrate the success of Malaysia’s forefathers in securing the nation’s liberation as well as to instil and strengthen a sense of love for Malaysia.

Inspired by the spirit of Merdeka, EMANSIPASI is a celebration of a creative individual’s personal journey towards emancipation as expressed through the visual expression of abstract art. 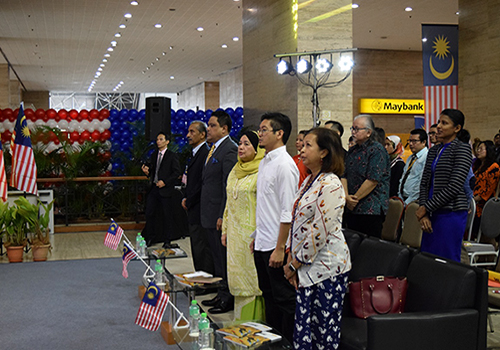 The guests stood up and sang along when the national anthem, “Negara” was played during the launching ceremony.

Speaking at the launch, Datuk Mohaiyani Shamsudin said, “With the art works from this true artist Badruddin, we hope they trigger the audiences’ emotional experience and activate goal setting to remain united, to dissolve the illusion of division, but most importantly to love the nation with unconditional love and respect regardless of race, religion, class or gender; a sacred duty of every peace loving Malaysian.” 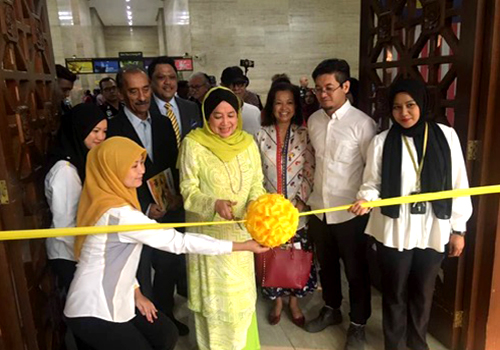 The exhibition features 30 oil paintings of various dimensions by Badruddin Syah, all of which were inspired by the independence of the nation expressed through a modern visual art form that graphically reflects the tempo and the spirit of free people. 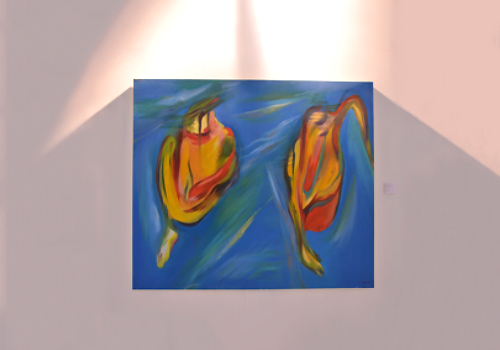 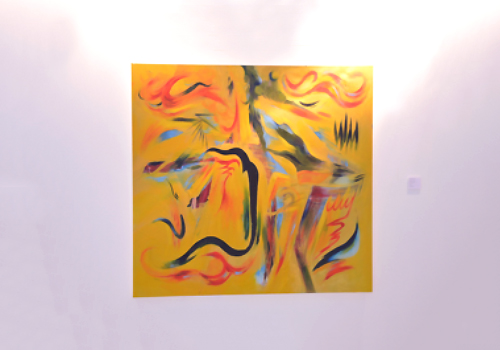 “Persengketaan” and “Emansipasi Ada” are two of the paintings by Badruddin Syah Abdul Wahab that was exhibited at Balai Seni.

Badruddin, who returned from the United States in 1990 has exhibited in some of the leading private galleries in the Klang Valley and continues to be active in selected group exhibitions.

At the event, Badruddin’s paintings will be up for sale with part of the proceeds being channelled to Society for the Severely Mentally Handicapped (SSMH) which is one of the beneficiaries in Maybank’s digital social fundraising platform, MaybankHeart .

“Additionally, with the sales proceeds channelled to SSMH, we hope to instil and strengthen the sense of love for this country by embedding this ‘giving’ culture amongst the public, which is a key catalyst to the progress of our community and nation,” added Datuk Mohaiyani.

The Merdeka Art Exhibition also aims to promote inclusivity among Maybank staff. Prior to the art event, 20 staff were given the opportunity to participate in a two-part abstract workshop called “Stripes for Freedom” conducted by Badruddin Syah and other local artists such as Marisa R Ng, Syahrul Niza Ahmad Zaini and the curator of the exhibition, Tan Sei Hon. The workshop which was held on 15 July and 22 July taught participants the techniques and approaches in abstract art to enable them to express themselves in their own personal way through the colourful, expressive and powerful visual language of abstract art.

After completing the workshops, participants were given the chance to showcase their final artwork at the Merdeka Art Exhibition alongside Badruddin Syah’s artwork. A total of 15 artworks by staff are being featured in the exhibition. 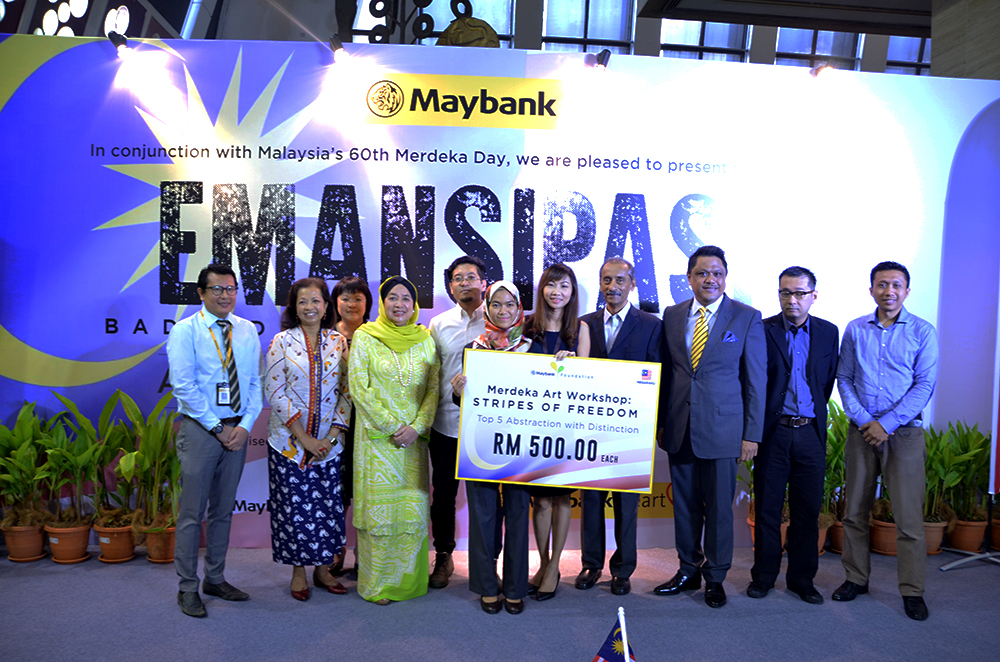 Five final outworks from the participants of the art workshops was selected as the “Top 5 Abstraction with Distinction” and each of them received cash prizes of RM 500.

The Merdeka art exhibition which was held at Balai Seni Maybank, 1st Floor, Menara Maybank, was open to the public from 10am to 5pm from 16 August to 16 September 2017.

Balai Seni Maybank has been actively hosting Malaysian and international artists since its establishment in the 1980’s. Some of today’s biggest names in the local art scene have, in the past, exhibited their artworks at Balai Seni Maybank which continues to support the new generation of visual arts practitioners.