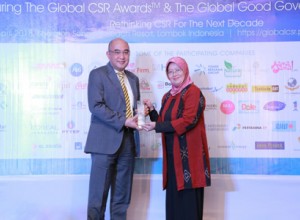 The Strengthening Tiger Conservation in the Belum-Temenggor Forest Complex

Maybank Foundation and WWF-Malaysia have been partners in the tiger conservation efforts in the Belum-Temenggor Forest Reserve, a priority site for Malayan tigers as outlined in the National Tiger Conservation Action Plan. Maybank Foundation has allocated approximately RM5 million for this partnership over five years.

The 3 core strategies in the Strengthening Tiger Conservation in the Belum-Temenggor Forest Complex programme have been defined as follows:

As of 2018, 5,347 km of dense forest has been covered by foot patrol, 177 wire snares have been successfully deactivated, thereby potentially saving 177 large animals scouring the forest complex including Malayan tigers and its preys. Old snares, mist nets, hunting hides and bullet shells are all among the items recovered on-site.

Through this programme, we aim to help conserve the declining number of Malayan tigers in Belum-Temenggor Forest Reserve as part of our efforts in preserving a living heritage. This programme is also in accordance with Goal 15 of the Sustainable Development Goals.

Meanwhile, Maybank Indonesia, received the Gold award for its focus in enriching education by providing scholarships for underprivileged family, school adoption and banking education. Scholarships provided cover the cost of education for every semester, living expenses and other expenditures. The School Adoption programme provides various forms of assistance, from donating learning equipment, renovating damaged schools and employee volunteerism activities. The banking education programme targets all levels of society especially those who have limited banking access.