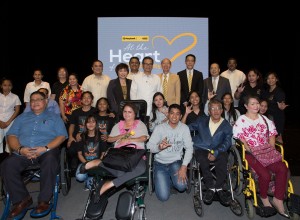 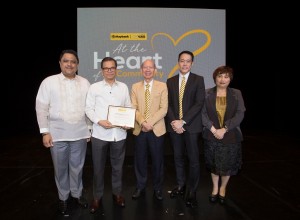 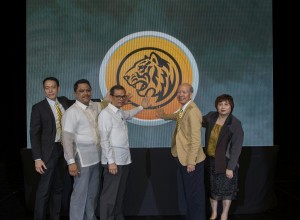 Showcase of Maybank’s CSR Journey in ASEAN & The Launched of R.I.S.E Programme Phase 2 in Philippines on 20th November 2017

Maybank Philippines showcases CSR journey in ASEAN and launches R.I.S.E. Program to the next level

20 November 2017. Maybank Philippines recently held a breakfast forum to showcase Maybank’s Corporate Social Responsibility Journey in ASEAN, and to underscore the message that Maybank is at the heart of the community.

Maybank Senior Management and VVIP guests with Program Partners and Beneficiaries at the closing of the Maybank CSR Showcase.

In his welcome speech, PCEO Wai Hong emphasized the importance of the event. He said:

“In celebration of Maybank Philippines 20th anniversary, this is a platform to share with our stakeholders and the general public our showcase of corporate responsibility initiatives from both the Group level (via Maybank Foundation) as well as MPI’s own local initiatives. This demonstrates how Maybank as a Responsible Corporate Citizen is able to touch the lives of chosen beneficiaries and transform communities where we serve, thus living up to our mission to humanise financial services.”

Acting Secretary of the Department of Social Welfare and Development Emmanuel Leyco delivered the keynote speech, zeroing in on “Financial Institution as a Responsible Corporate Citizen”.  A former AIM professor on finance and public policy, Acting Secretary Leyco enumerated the parallel vision of Maybank and DSWD in aiming to significantly contribute to transforming communities and improving the quality of life of the people.

The highlight of the CSR showcase is the launch of of the scaled-up R.I.S.E. (Reach Independence & Sustainable Entrepreneurship) program for the Philippines under Maybank Foundation, Maybank Group's CSR and community arm. The launch of Phase 2 of R.I.S.E. comes as a result of an impressive three-month pilot run of the Program for over 250 differently-abled and marginalized participants from disadvantaged communities. Conducted in select locations in Metro Manila and Cebu from January to March this year, the Program managed six batches of training in Makati City, Las Piñas, San Juan and Cebu.

Despite their individual physical and medical challenges, the participants under the R.I.S.E. Program achieved outstanding performance in various fields such as personal retail, manufacturing, merchandising, recycling, insurance advisory, handicraft, and direct selling.

Four months after its pilot launch in the Philippines, where participants have been successfully trained, mentored and coached, significant improvements were already seen in the average monthly income and lives of its beneficiaries, with the top 40% of participants recording an average income increase of 565% within five months.

He added that providing differently-abled participants an opportunity to transform their business and increase income levels thorough the structured program will also create a multiplier effect.

“This is achieved when the participants’ businesses have expanded and they can create new job opportunities by employing others, whether people from the disabled community or also​those from the wider population segment.”

Outlining the scaled up R.I.S.E. in 2018, Shahril cited the Program’s objective of reaching out to 1,000 participants nationwide, where 70% will be differently abled persons and 30% coming from the marginalized community.  Besides the proven quick income increase, program outcomes focus on the income multiplier effects in participants’ improved sense of dignity; in providing them access to livelihood and basic necessities including health care and education.

The award-winning R.I.S.E. Program is being implemented regionally across ASEAN countries by Maybank Foundation in collaboration with its partner, social enterprise People Systems Consultancy.

The award-winning R.I.S.E. Program is being implemented regionally across ASEAN countries by Maybank Foundation in collaboration with its partner, social enterprise People Systems Consultancy.

“Our commitment to supporting and empowering the disadvantaged, especially the differently-abled, is very much in line with Maybank’s mission of humanising financial services. We believe that in helping all segments of the community to gain financial independence, we can contribute to the overall prosperity and sustainability of society.”

Maybank Philippines has been operating in the country for 20 years since 1997. Presently, it has 74 branches nationwide, of which 30 are in Metro Manila, 4 branches in Cebu, and the rest are strategically located in key cities of Luzon, Visayas and Mindanao.