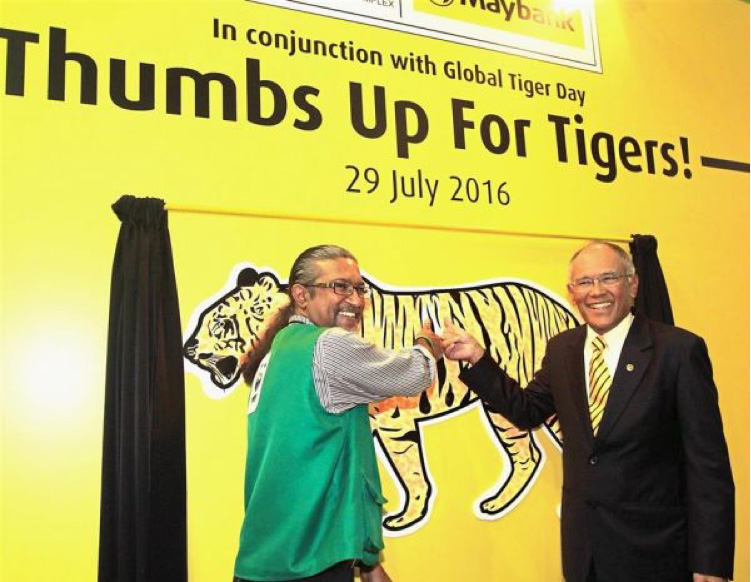 KUALA LUMPUR: The Government is mulling changes to the 2010 Wildlife Conservation Act as it is considered outdated.

Department of Wildlife and National Parks (Perhilitan) director-general Datuk Abd Rasid Samsudin said it has been more than five years since the Act was last amended.

“So we need to make some changes to the Act, especially on the penalties,” he said after attending the digital campaign launch #ThumbsUpForTigers in conjunction with the 2016 Global Tiger Day held at Menara Maybank yesterday.

Asked about the current penalties enforced and how this should be increased, Abd Rasid said this would depend on the species involved.

He said the amendment to the Act would also cover the illegal sale of animals online.

Maybank chairman Tan Sri Megat Zaharuddin Megat Mohd Nor said the campaign to be held at Menara Maybank until Aug 12 was among the long-term efforts by the company to increase awareness on tiger conservation.

Megat Zaharuddin, who is also Maybank Foundation chairman, said they had allocated RM1.2mil for the WWF-Malaysia tiger conservation programme held at the Belum-Temengor Forest Complex, Perak.

The campaign calls for people to pledge support by posting their own unique photos on social media with the hashtag #ThumbsUpForTigers.