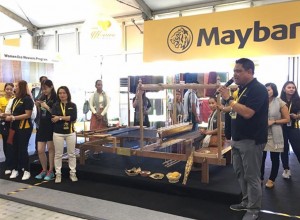 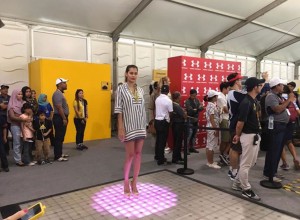 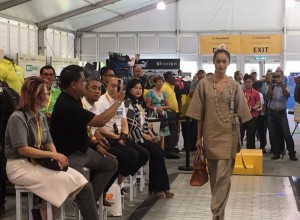 The Maybank Women Eco Weavers programme, which began at the end of 2015 in Cambodia and Indonesia, is now one of Maybank Foundation’s Flagship Programmes that is targeted at promoting the traditional weaving industry in a sustainable manner, whilst creating economic independence and financial inclusion of underprivileged women across the ASEAN region. MWEW will give economic empowerment and improved livelihood to women who are most exposed to extreme poverty in Maybank’s regional markets, and therefore reduces hardship at the individual and family levels.

The programme also seeks to provide a linkage in ASEAN through commonalities that cuts across borders which is the ancient art of textile weaving. Although textiles may differ in raw material and design, in ASEAN, they are all normally woven by poor women in harsh working conditions but using similar techniques within their own communities. Whilst the woven textiles are unique works of art representing the heritage of a country, the industry struggles to survive today. As a leading regional Bank, Maybank appreciates the traditions and heritage of textile weaving across Southeast Asia as well as being sympathetic towards the struggles of women to provide a living for their families.

MWEW programme began in Indonesia by providing weavers with training, capacity building and micro-financing, and in Cambodia by the construction of the Maybank Silk Weaving Training Centre in Takeo Province. On 2 November 2016, Maybank Foundation officially launched the Maybank Women Eco-Weavers (MWEW) programme in Lombok, Indonesia.

In Indonesia, the programme is carried out in East Lombok, Central Lombok (West Nusa Tenggara), Sawahlunto and Tanah Datar (West Sumatera) and is targeted at producing 400 weavers, creating 4 new markets to connect weavers and cooperatives with wholesalers and retailers, establishing 4 locally managed weaving learning centres in the districts and ensuring that awareness on the importance of natural dyes is increased.

In Cambodia, apart from building the Maybank Silk Weaving Training Centre, Maybank also empower and train talented Cambodian women with the skills of silk weaving to produce high quality Cambodian golden silk and also provide local farmers with an alternative livelihood option through the growing of mulberry trees. During the Khmer Rouge period, besides human lives lost, thousands of acres of mulberry trees were destroyed. We hope that our initiative in Cambodia will benefit 150 silk weavers and 210 families in growing mulberry trees. To date, in just a few months, we have already supported 92 farmers in growing more than 13,000 mulberry trees … in which the leaves are crucial as food in rearing silk worms.

Due to the potential and power of the programme, we have been recognized by ASEAN, and we have received endorsement of Maybank Women Eco Weavers through the ASEAN Foundation.

For the first time, Maybank Foundation has featured the Maybank Women Eco Weavers at the 2017 Maybank Championship, in line with the theme of #GolfLikeNeverBefore. Through a special exhibition which not only enabled visitors to know more about Maybank Foundation’s efforts in this area, we also gave the public an opportunity to see and feel the woven textiles created by our weavers in Cambodia and Indonesia. It also aims to raise public understanding of Maybank’s commitment to its vision of being in the hearts of the communities it serves, and humanizing financial services. Our participation here was unique; we have set up live exhibitions including looms for weaving, displays of exquisite finished material by our trainee weavers, and also fashion shows.

The exhibition was held at The Village public area, and also inside the Maybank Hospitality Marquee at Saujana Golf & Country Club, with fashion show, with models parading on a special catwalk.