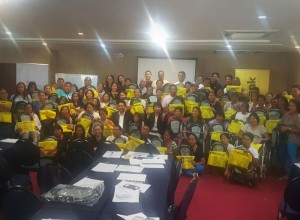 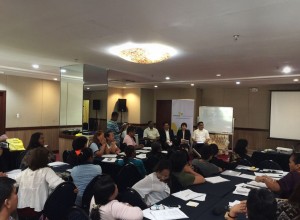 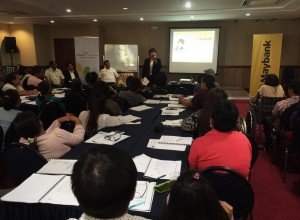 After an initial 117 PWDs in Metro Manila, 100 more are being targeted to benefit from the entrepreneurship program

Maybank Foundation has extended its R.I.S.E. (Reach Independence and Sustainable Entrepreneurship) Program to Metro Cebu, targeting to build capabilities of 200 people with disabilities (PWDs) through a structured training and mentoring program. This follows the success of the first phase of its programme in Manila earlier this year which saw 117 participants successfully go through a similar training.

The Foundation launched today a new program in Mandaue City, which saw around 50 selected PWDs coming together for a three-day Entrepreneurship and Financial Training session. This will be followed by a six-month mentoring period where participants will be trained, coached and mentored to develop their entrepreneurial skills in order to help them achieve higher income levels and improve their overall standard of living.

The program was launched at the Dohera Hotel in Mandaue City and personally welcoming the participants into the program were Maybank Foundation CEO Shahril Azuar Jimin and Maybank International CEO Pollie Sim.

“Our commitment to supporting and empowering the disadvantaged, especially PWDs, is very much in line with Maybank’s mission of humanising financial services,” Shahril emphasized. “We believe that in helping all segments of the community to gain financial independence can contribute to the overall prosperity and sustainability of the society at large.”

“2017 marks Maybank’s 20th year of operations in the Philippines,” reveals Ms. Pollie Sim, “and what an opportune time to celebrate this significant milestone than to roll out R.I.S.E. in the Philippines, a key market of the Maybank Group.”

“The initial participants we were able to gather and train during the Metro Manila run in January 2017 are all showing good progress, and we are confident we can achieve similar results here in Cebu,” added Ms. Sim.

One of Maybank Foundation’s flagship programs, R.I.S.E. is designed to create economic independence and financial inclusion. Piloted in September 2014 in Klang Valley, Malaysia, the encouraging outcome of the initial run inspired Maybank Foundation to scale up the R.I.S.E. program to benefit a bigger number of disadvantaged people.

Added Pollie, “Financial inclusion is still at a relatively low level in ASEAN, especially among the disabled and marginalised, and taking on this advocacy is Maybank’s way of supporting the bigger regional agenda of furthering financial inclusion.